When Theresa came to 5th grade, she felt very alone. Most boys and girls had never seen them before and the new school was large and confusing. Shy and a little anxious, she sought a place in the classroom on the first day and hoped that she would soon be able to go home again. What Theresa didn’t know: Her teacher was also insecure and a little scared of the new class. So many different boys and girls from different primary schools that she had to get to know them all. Ms. Gut, as Theresa’s teacher was called, had an idea.

We do something together

Already in the first week she arranged with the children a hiking day, during which everyone should get to know each other. For this, Mrs. Gut had come up with something very special. She wanted to do a series of trust games with the class so that the children could get to know each other. Ms. Gut knew that groups often formed at the beginning of secondary school, and that some children would be excluded. She wanted to counteract this with trust games.

Trust games must be explained to everyone

In a circle of chairs, Ms. Gut told her new class about her idea. She explained to the children that it was normal to feel a little uncomfortable in the new school. Since everyone is doing this, it makes sense to get to know each other a little better with trust games. She promised the children that they would get used to it much faster at school if they quickly made new friends. Theresa was sceptical, she had friends from old school. She didn’t want new ones – she didn’t really want to go to the new school. Rejecting, but also curious, she listened to Ms. Gut.

The teacher promotes the trust games

In the second week of school, Ms. Gut’s class met in the forest on a beautiful late summer day. In a clearing, they made the first games of trust. Couples were always formed, with one child’s eyes connected. The other led it over the clearing, a bit through the forest and back to the starting point. In doing so, it made sure that the child did not stumble with blindfolds and did not run against a tree. Then the roles were changed. Theresa didn’t want to join at first, but then she agreed to lead Jenny. She took good care that Jenny didn’t fall. Afterwards she took courage and let herself be led blindly. Everything went well.

After that, there were always 4 children around a boy or a girl. The child in the middle closed his eyes and dropped, the others had to catch it. At first Theresa felt very uncomfortable with this exercise, but when she was caught several times, she began to trust the other classmates. The initial insecurity and fear of the other girls became less and less, soon she felt accepted and comfortable in the group. It seemed to be a great day in the woods – and it was better than lessons anyway.

The highlight of the trust game: a climbing tower

After an hour, the class walked through the forest until they reached a tower. There were already two experts waiting, wearing ropes and hooks. The children were now allowed to climb the tower, which is about 15 m high, via a spiral staircase. At the top, they had to abseil down. They were secured by a classmate and one of the experts. Many of the children were terrified that they would crash. In the end, however, all the boys and girls had dared to take up the challenge. Everyone had climbed down the tower and felt very good afterwards.

After the tension had given way to the children, Ms. Gut unpacked a delicious picnic. For all the children there were plum cakes, homemade lemonade and at the end even an ice cream. The two climbing experts had stored this in a cooler bag in the tower. The atmosphere was great! Theresa was thrilled that she would never forget this day. On the way back, she hooked up with Luisa and Jenny. The two girls had picked them up several times during the trust games. Theresa found her very nice and from now on the three formed a fixed group.

The confidence games in the second week of school at the beginning of the 5th grade were a great idea of Ms. Gut. Through the shared adventure and the experiences, all the children got to know and appreciate each other. To this day, the class has been largely spared exclusion or bullying, and everyone likes to work together in the classroom and the amount of learning benefits from it.

There are various teachers who also integrate the beneficial effects of yoga into the school. In physical education, but also in normal lessons or during breaks, different yoga exercises can calm the class and strengthen the ability to concentrate. The peaceful and gentle approach of yoga is as unifying as the trust games, 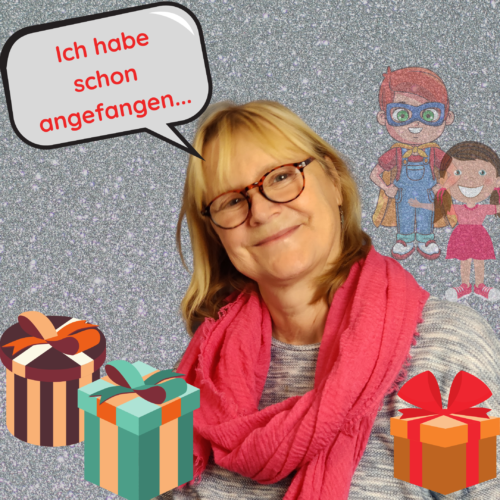